Skip to main content
Labels
Posted by Duchesse May 21, 2020

My sister, who was an assistant buyer for Jordan Marsh, now-defunct Boston department store, taught me about "dumb dresses" when I was maybe 17. That was a buyer's term for a dress that had an uncomplicated  cut, and no distinguishing detail, whether in style or colour. It was easy to manufacture, often of wash-and-wear synthetics. Never chic, but they sold.

When I look at dresses from mass-market e-tailers (for example, Land's End and LL Bean), I often think, "dumb, dumb, dumb". The term is not as pejorative as it sounds, but "dumb" is the opposite of "smart". The copy for the Bean dress says "Dress it up, dress it down." You have to work a dumb dress; it needs accessories to lift it from dull genericism.

You are lucky if a dumb dress really fits. Typically, the tailoring that makes you look like there's a body in there are absent: no set-in sleeves (the dolman is the darling of dumb), finished cuffs, plackets, darts.

I've seen women look fetching in a dumb dresses zhuzhed by a great belt or a floaty scarf. but there is no rescue for a one in a dull colour—lifeless, dull navy, the green even a real-life olive would not bear, or body-dirt beige.

Dumb dresses absolutely have their place, such as travel, or a job where you need a sturdy dress you can throw in the wash. Ruth, a friend who taught primary school, filled one side of her closet with these; she could wear one without worrying when little hands dipped in fingerpaint brushed by. The dumb dress is the Dockers of womenswear.

There is dumb and there is simple. Balenciaga, a supreme couturier, cut a coat with one spiralling seam. In general, pricier clothes strive for simple; in cheaper lines, the corners cut with tailoring and finishing push them into dumb more often than not. I have spent some of my isolation reading pattern-making sites; the excellent The Cutting Class shows how meticulously-designed styles consider many more variables than dumb clothes do.) 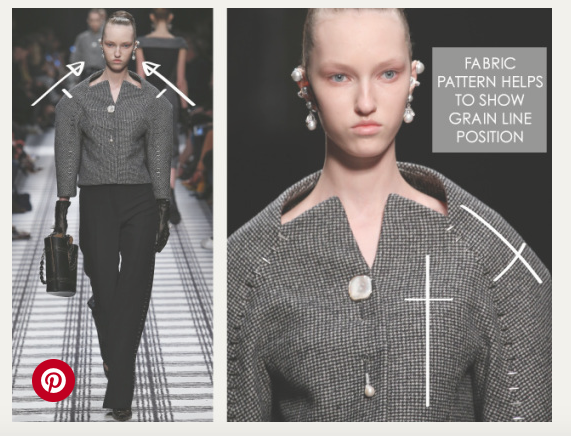 Nobel-laureate smart—refined, detailed, soignée—delivers a crisp assertion rather than the polite murmur of the dumb dress. Several friends settle for nothing less that this level; I am often captivated, but they have little place in my daily life anymore. As I grow older, have I become dumber?

A smart dress can look subtle, quite "Oh, this little thing?" but in fact be a marvel of cut, or it can be showoff-smart—like a magnificent aria, you're stunned from the first note. You usually pay a steep price for that effect: this Akris shirtdress is clean and crisp, but look at the placed stripe, the webbing and leather belt, the impeccable placket... up to you whether it'ss is worth the over $3,000 price tag.

For a more real-world comparison, two other day dresses, with detail:

Left: Left: Lafayette Dohan linen/silk shirt dress. Note the matching on the pocket, the shade of blue, the Italian linen-silk fabric.
Right: Creamsicle-orange COS cotton dress with sleeve detail. The origami tuck at both top and bottom of the sleeve makes it way more than just a loose dress.

I have bought my share of dumb dresses because they were easy to find and practical. The best were even quietly attractive. But now, I want them smarter— if not at the Akris pinnacle, one with a little wit and better colours.

What's in between smart and dumb? A bright dress? Girftd? Certainly, above average.

Mary said…
The great thing about having a mother who could sew at near couturier level was that she taught me about fabrics--which ones worked with particular designs and construction--how to look for pattern matching/placement on a garment or check inside seams to see how well (or not) an item was made. But I had to learn the hard way. Up to my mid-teens, she made all my clothing, so, of course, I was desperate to buy something off the rack! Clearly remember an A-line (dumb) mini dress--saved only by the colorful material that looked good with my tan (sigh). Did I check the construction? Of course not. It was so cute! Wore it on a date to a movie (Romeo and Juliet--Olivia Hussey version) with a new boyfriend. Halfway through the movie, the side seams began to unravel. By the time we left the theatre, I had to hold my arms down by my sides to keep from being fully exposed. Not easy to do when one is crying--hard--as much from the unraveling of the dress, as from the outcome of the movie. Twas a memorable lesson on quality.
May 21, 2020 at 9:39 AM

crunchycon said…
My first non-babysitting job was in a charming little mom-and-pop dress shop in Knoxville, TN. I learned so much from the owners; your blog today brought back memories of a conversation with the owner about shoes. I was wearing a very basic pair of Aigner pumps that I was quite proud of (I was eighteen or nineteen years old and it was the seventies), and I remember him telling me my shoe was a “dumb shoe”. He did tell me what it meant, though!
May 21, 2020 at 10:47 AM

Jane in London said…
I am guilty of buying more than one dumb dress when I was working - they seemed easy and inoffensive, were washable, and I disguised them with jewellery, a nice bag and a decent jacket over the top. I tended to keep it to black or navy: those disgusting beiges that dumb dresses often come in make everyone look sad and ill.

I often had to alter the length a little - a centimetre shorter, so that it hit the right part of the leg, could make a big difference to a dumb dress.

Now I'm retired, I would not buy them. As a younger woman with a slender figure I could get away with them - now, a little heavier and with post-menopausal weight distribution, they'd make me look like an extra from Prisoner Cell Block H.

Realistically, my budget does not stretch to commissioning an individually tailored dress of the type I'd ideally like. I love the deceptively 'plain and simple' styles - which always seem to be the most expensive ones, of course... But I can sometimes strike it lucky at middle-range Hobbs, and find a style that is well-cut and fits me properly. Fit is now absolutely crucial, I find.

Laura J said…
I think like beige paint, dumb dresses are sometimes practical affordable and needed; but like beige A LOT of care is needed with styling accessories and attitude!
May 22, 2020 at 6:00 AM

Blume said…
At the farmers market one Saturday last summer, I was wearing the solid black version of that L.L. Bean dumb dress posted above, along with Birkenstock Gizeh sandals. And was bemused to find several other moms with young kids in the exact same uniform! It's funny to find yourself so clearly part of a demographic.
May 22, 2020 at 7:27 AM

gelinda said…
There's another reason for buying "dumb" dresses. As a difficult figure to fit, short, big busted, flat bottom and skinny legs, I'd buy almost any work dress that fit my bustline and shorten it to my knees. A couple of them I had the lower half taken in, but the cost was nearly as much as the original dress. I absolutely love the perfectly fitted and sewed dresses that are top of the ready-to-wear, but never found any that accommodated the chest or weren't spoiled by drastic shortening. Ironically, now I could afford to have something custom made--but I retired, followed quickly by quarantine.
May 22, 2020 at 11:07 AM

Duchesse said…
Mary: Oh no! I had the same thing happen with a skirt, on a very long flight. No sewing kit available because it was just after 9/11. I went through customs in Delhi with very iffy scotch tape holding the side seam together.

Blume: Quite a moment to see yourself as part of a tribe; a friend's adult daughter said to her, "All the women your age look like old yoga teachers". Dumb dresses still help one feel and look like we made an effort.

gelinda: Dumb dresses often can flex a bit re sizing, whether bust or hip. But there are also some smart dresses made for larger busted/smaller hipped women. Because ready-to-wear dumb dresses are cheaper to manufacture, stores end up with a glut of the two extremes: dumb, or body-con tight/short dresses. Several British designers make dresses to order that suit your kind of figure (Pearl Lowe's "Marilyn" dress in a UK 16 is cut with a 48-inch measurement and a choice of three lengths, for example.) I would love to know what Olivia Coleman wears everyday, because her shape seems like the type you describe. 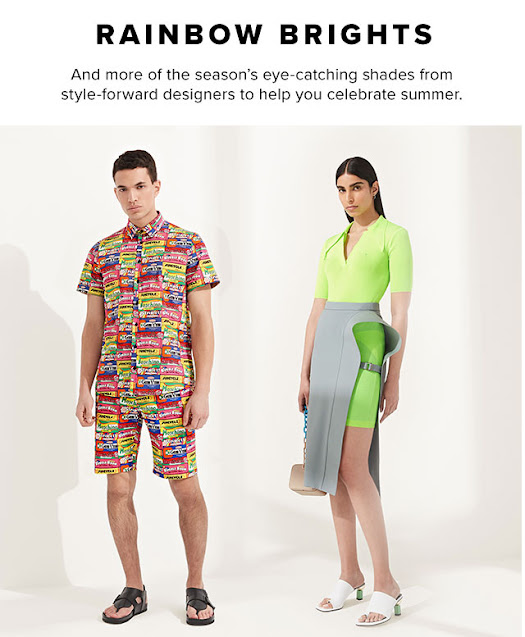 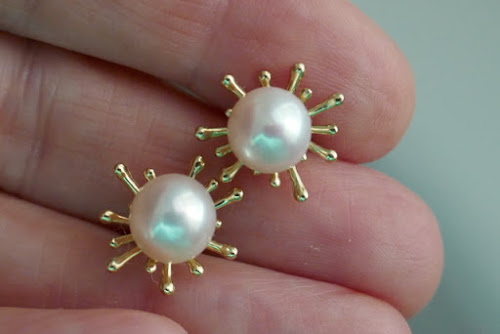 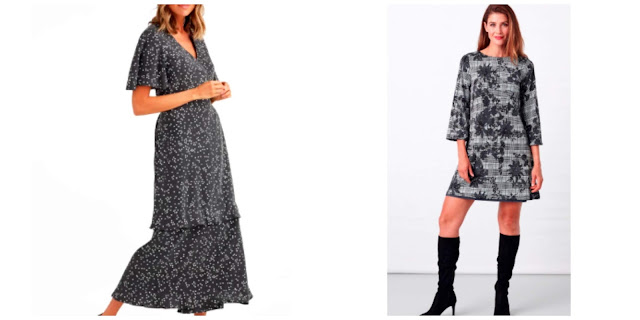