Ten years after: Life below the Benz

2018 is the ten-year anniversary of the financial crisis that head-butted the US economy and reverberated through Canada. The abrupt event affected the careers of five friends, four women and one man—and only one has fully recovered.

The New York Times has published a trenchant report, The Recovery Threw the Middle-Class  Dream Under a Benz by Nelson D. Schwartz—recommended even if you think you know the story.

Four friends and two acquaintances lost their jobs then; I first wrote about several in early 2009, here.
(Names were changed.)

Only one, C., secured permanent, employment within the year; the rest worked part time, if at all. Marg just got a full time job after ten years of searching. Rod, who managed large office furniture installations for an office furniture firm, now parks cars on a Hertz lot. Donna, who has an MBA in finance, is in sales for Blinds to Go.

Never mind the earnings, what about expenses and liabilities? Is a person able to live on that net income? As Winston Churchill said. "There are three classes: bored to death, billed to death, worried to death." Half of Canadians say they are within $200 a month of not being able to pay the bills or other debts. That's why income is such an inadequate measure.

When we were young, such precarity was—if not exactly fun—infused with a sense of capacity. But those past 50, battered by the crisis and working like Rob does, in what are called "senior shit jobs", are not feeling resilient. Except for C., they have taken marked drops in income and security.

Because housing and transportation are the biggest expenses for those over 50, they are reviewing their options. Forget the return of box-pleated skirts, sharing living quarters (again) is the next around-again trend.

Some adult children and their parents would rather be dead as Lehmann Brothers before setting up house together. But I think of my grandparents. Each set lived with one other generation, sometimes two, at least for a time.

I think too of Marg, single and childless, in a three-bedroom house she inherited from her mother, who died during her long hiatus. She has an opportunity to add a roommate or two and perhaps enjoy the gifts of connection—an unanticipated bonus.

Last summer I met Genny, a journalist, who shares a two-floor apartment. She's on the first floor, her daughter, her partner and their seven-year-old are on the second. "I am delighted to be so close to them", she told me, "but I would never have asked until I was laid off."

Casting about for solutions, we return to old forms, to family and community, to sharing goods and realizing that a car per person is an inelegant expense. I often wonder, how did prosperity result in a family or a group of friends atomizing? I like my own bathroom, but is that the ultimate luxury?

Schwartz ends with the words of an economist, Diane Swonk, who was profiled in the piece: "The financial crisis became a delineator. There were those who could recoup their losses and those who could not. Some people have amnesia, but we are still living with the wounds.”

JohnInWI said…
The New York Times ran an opinion piece on Sept 15th, "I Came of Age During the 2008 Financial Crisis". What left me the most sad/angry were the comments blaming the author for his predicament. It was a life altering period for so many. I believe in the dignity of all jobs but, the seniors in their "shit jobs" do stand out. You know, you just know, and it's sad.

LauraH said…
"There but for the grace of God"... this could have happened to any of us. When I'm on the subway at rush hour and see someone my age or older clearly going to work, I always hope that they are doing so because they want to.

The job market has changed so much. My friends who are still working for my former employer, one of the big 5 banks, tell me of endless rounds of layoffs and re-structuring. If you can't keep up, you're out. So much stress. Makes me feel how lucky I am to be retired with adequate savings. Very very thankful.
September 18, 2018 at 11:26 AM

Duchesse said…
Lily: I saw that, and the flaming of this guy in so many comments actually made me lose sleep. I remember much of the advice to persons his age at that time: "There are no jobs for you, so stay in school so you can get an really good job when things pick up." But the high interest rates on student loans is shameful.

LauraH: Not many past 70 are working in minimum or low-wage service jobs because they want to. When I think of persons whom I know working past late 60s, most have continued in their profession or occupation, same thing they did all along, because they enjoy it. Few have moved from (example of one man I know) VP of Human Resources (laid off) to sales associate at Home Depot. But I also know a woman who was an elementary school teacher and is now, well past 60, the senior sales associate of the children's' section at a large Canadian book store. She is fantastic at her job, loves it, and the company loves her.
September 18, 2018 at 11:37 AM

Madame Là-bas said…
There have been some really interesting programs on BBC World about the anniversary of the financial crisis and how it indirectly influenced the populist movement throughout the world. The middle class has lost ground and are looking for someone to rescue them. The jobs that exist are often jobs that do not pay enough to live in our cities. I spoke with the lady whom I renting from in Paris for these few weeks and she said that young people won't take the lower paid jobs. The problem exists everywhere.
September 18, 2018 at 2:02 PM

Margie from Toronto said…
I worked for one of The Big 5 banks in Canada and while I was lucky to keep my job for a few years it did eventually catch up with me. Like many companies they used technology and then outsourcing to those who will work for lower wages in other countries and the threat of layoffs and no raises was held over our heads for years - it was very stressful. As I got older I knew that I was even more vulnerable and eventually it was my turn on the chopping block - laid off and forced into "early retirement". The pension amounts that I will receive might be enough - just - if I lived in a cheaper place and didn't have any debt - but it would still be tough. As it is I am looking for PT work and will consider myself lucky if I make $20/hr. I am limited with what I can do because of some mobility issues but I'm hopeful that there will still be some work out there as I am flexible as to hours and as to what I will do. That is the one advantage I guess - don't have to take anyone else into account and don't have any expectations as to "status" or "titles" etc. Just want to go in, do my job and go home - it's a source of income and I will do a good job but it won't be my life.

And yes, friends and I have started to look at those "Golden Girl" style options - and yes, my own bathroom is the ultimate luxury in my book! :-)

One thing that I wish the Govt. would look at is Housing Benefits like they have in the UK. Here in Toronto the cost of rent/housing is super expensive and limited. I rent and it's a huge part of my income (even though I've lived here for years and have a good deal by Toronto standards) and if I put my name down for subsidized seniors housing I can expect to be on a waiting list for 5 to 10 years. It costs millions to build new units and they would probably be out in the suburbs with limited transport options (I don't drive & currently live right across the street from a subway stn.) so why not just do a means test and then pay a portion of my rent. I could stay put and the city wouldn't have to look at building so many new and costly units. And no, I can't move to a smaller town - with no car and no driving license it's not an option and I wouldn't have the access to medical care that I require. It is a very scary future - especially when you worked hard all your life and did "the right thing" by being loyal to a company etc. only to see it come crashing down through the greed of others. I truly never thought that my senior years would end up like this.
September 19, 2018 at 10:02 AM

lagatta à montréal said…
Margie, I presume that you've heard of the Older Women's Network housing co-op:
http://olderwomensnetwork.org/ co-op_housing in the heart of the city. Actually I'm happy to live in a co-op where there are people of all ages, including children, but look at all options. There are non-members of the OWN, including men and younger people.

In Québec we do have something equivalent to Housing Benefit, as well as social and cooperative housing. Housing activsts are proud that there is a new co-op in trendy Mile-End, with about 50 units some disabled-accessible. A disabled member of my co-op is moving there in a couple of months, and is very happy. But then, we do have a progressive group in City Hall.

I wasn't as directly affected, as I'd never worked directly in the corporate world, but did get some lucrative corporate contracts. A lot of work dried up due to cuts in that and in grants for the creative sector work I prefer. Fortunately unless there are unforeseen circumstances (health), I should be able to live here quite happily on the State pensions and some scraps of private ones.

But one never can tell. This is a difficult topic and compelling though it is, I'm sure some readers hesitate to comment. Thanks again to la Duchesse!
September 19, 2018 at 2:22 PM 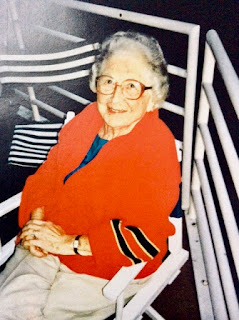 Mom's voice during the pause 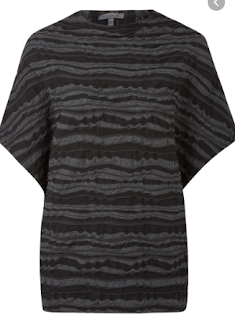 Oldest woman in the bistro: Top of the table 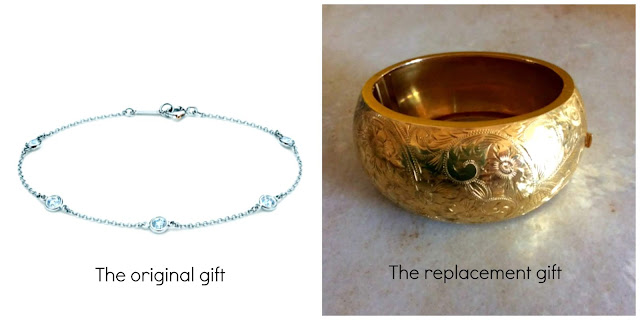 Jewellery: When heirlooms aren't a hit