Summer in the city, where across the street from us there's a splash pad and a blind pig within a stone's throw of one another, and a park where you can canoodle, tango or eat chess pie handed to you in a wicker hamper by the restaurant on its border. All summer long, piping kid's voices commingled with tiki bar patrons'; everyone seemed to be having a grand time.

I mostly fought off online life but a few e-mails im-pinged. One was from Ginger, who asked, "Could I see an example of the pearls you wear with jeans? That's what I'm looking for too."

So, as I reluctantly interrupt this golden week of still-mild weather for the keyboard, I thank Ginger for suggesting the traditional re-opening pearl post. Easy; I hauled out the point-and-shoot and spilled over twenty years of gifts and purchases onto my desk.

You can wear any of these with jeans, Ginger, and since that's what I'm in most days, I can prove it. 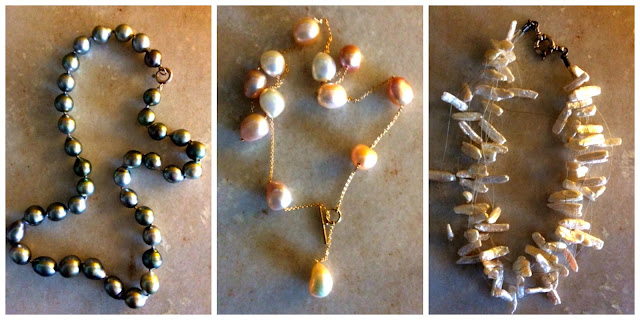 More detail on these, but hardly ballgown style: 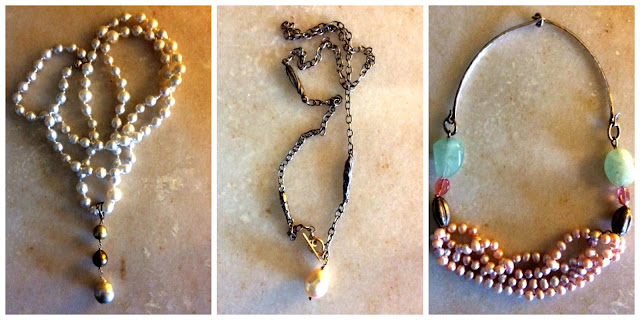 And these: the keshis (upper left and right); below, two strands, black and white. 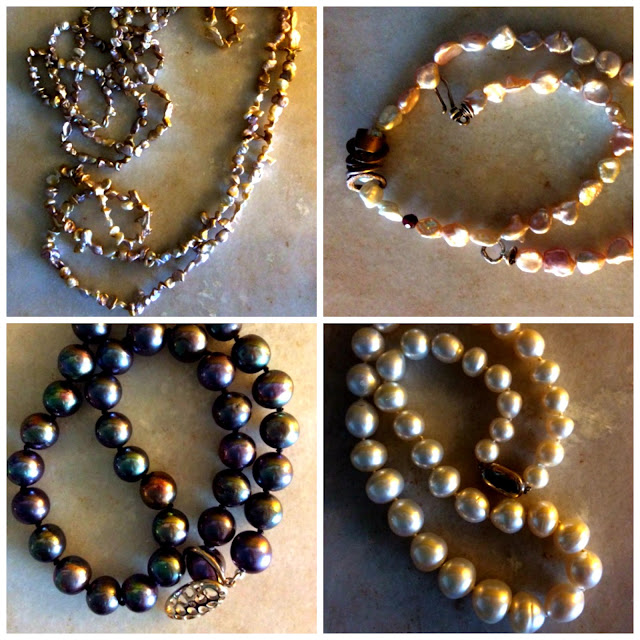 All of these were summer road-tested in jeans-friendly joints: parks, pubs, markets, terrasses, concerts and cottages. They survived swats from cats, a little sweat, some rain and a tween with a Super Soaker.  I took them off for the gym.

All have memories attached; this is why pearls feel different than getting, say, a jacket. Many were gifts from those I love.

If I were in your jeans, Ginger, I'd be all over the last day of Kojima's end of summer sale—18% off everything—prices are before sale discount. 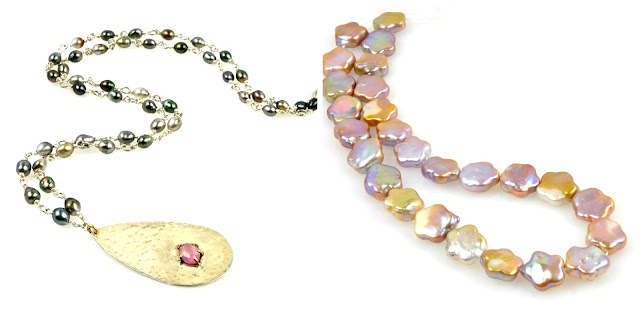 
Bonne rentrée, everyone! I hope you had some larky late nights, rosy sunrises, and contentment in the hours in between. The world hit some hurdles since the Passage was last open, but summer lifts like a snatch of clarinet melody on soft air; we needed that here.

It will be delightful to hear from you again.

Margie from Toronto said…
Welcome back - sounds as though it was a fun summer, I hope it was also restful.

I do wear pearls with jeans, to me they are one of those "neutrals" (like a classic white shirt) that go with almost anything. I especially love the Chinese peach-pink pearls, tourmaline, aquamarine and silver beads, from Artwork - just brilliant!

SewingLibrarian said…
So happy to have you back! My teens have been in school for four weeks (!), but today seems like the beginning of the school year, fall, etc. Old habits die hard. I return to my volunteer work at the local family history center in 90 minutes, and my husband has started a 16-month course that will keep him busy every weekday. At least, that's the plan. Meanwhile, I noticed a slight tinge of reddish-brown on some trees this morning. Autumn is fabulous here in East Tennessee, and I'm looking forward to it. We got to watch the Great American Eclipse from the comfort of our back deck, including one minute, 12 seconds of totality. My favorite part was the appearance of the "diamond ring." It appeared so suddenly, it was like magic. And it disappeared just as quickly. Wishing everyone at the Passage a fabulous fall!
September 5, 2017 at 8:43 AM

materfamilias said…
Welcome back! We've had the strangest summer here, the weather (sunshine, next to no rain at all) everyone out your way has been wishing for, and I must say I'm impatient for the showers there might be a chance of later this week. Time to switch it up and move into fall, right?
September 5, 2017 at 9:27 AM

Kristien62 said…
Love the greeting, "Bonne Reentre." It really captures the beginning of fall. Although our summers don't seem as long and languid as they once were, Sept.1 does signal for me that it is time to get down to business (even us retired folks.) And so this week, I return to my fitness classes and gear up for house projects that I put off all summer.

Welcome back, Duchesse. Would love to hear about what you did this summer.

Jane said…
Happy to see you back!

I am just back from dropping my youngest at Schulich School of Music at McGill. He is homesick already. The roommates aren't friendly. He did have a blast at La Ronde and discovered public hammocks? I discovered the beautiful Square Saint Louis and the massive Saint Jean Baptiste Church this visit.
September 5, 2017 at 10:12 AM

Madame Là-bas said…
Welcome back! I'm just going in through jewelry to update, donate or wear on a daily basis. We've been so dry in Vancouver for so long. Time for a change.
September 5, 2017 at 1:28 PM

Unknown said…
Hi! Welcome back. I have looked forward to this day all summer. (It is also my mother's birthdate, so that makes it especially fine.)

This was a great response to Ginger's question of "when can one wear pearls!" I wear them often, and could wear them more. I enjoyed seeing your lovely collection. Today, I am wearing a pink-toned FW pearl/coral necklace I made and a double FW bracelet, with a shell pink tee shirt. (I was only going shopping!)

Anyway, we will all look forward to more great posts, and hopefully, about more Pearl Ideas!

Duchesse said…
Margie: How lovely to see your name pop up first. If you have not, stop in Artwork (Avenue Rd./Davenport) and prepare to swoon.

Sewing: Busy, but with time to see the wonders of nature; truly a great time of life!

materfamilias: We have had a cool summer with no hear waves at all, which is unusual. The tourists have loved it, good walking weather.

Kristien62: There will be at least two posts on time with visitors. Don''t think we've had so many in one season since we moved here over 6 years ago, and every one was a delight.

une femme: Nearly all my Kojima purchases were sale ones!

Jane: Aww, that's so sweet. As for roommates, let's hope they improve. If you ever have time when you are here, let's meet.

Mme: I might have already shared this tip, but my friend Christine bought a tray, put it out on her dresser, and puts about six pieces on it, rotating her collection- otherwise, unseen=unworn.

Kirsten: Thanks for the Pins.My pearl fascination will continue; the sustainability plus beauty make them an easy favourite.

Champycorn said…
Welcome back Duchesse! What a wonderful collection - i especially like the tahitian. I am obsessed and hope to find one in the future.

I've been checking the kojima website and they have luscious ones like the combination of CFW, south seas, akoyas and tahitian. Looking forward to your post on pearls and more..!
September 5, 2017 at 8:05 PM

Leslie M said…
So glad to see your post and drool over your pearls. I have been eyeing several pieces at the Kojima site and finally settled on a pretty near-pair of pink/lavender Chinese FW to attach to an existing pair of drop earrings. I'm overdosing on pearls thanks to you and Kojima.

We have had many fireball sunsets in Seattle this summer thanks to forest fires in Vancouver and surrounding areas. They remind me of Santorini sunsets, but with more coughing. Still, it has been a good summer with children, friends, food and wine, all while trying to deal with current world events.

LauraH said…
Love seeing your collection, such diversity and beauty. And those Kojima flower-like coin pearls are wonderful. Your suggestion about using a tray to bring pieces into focus is great. I tend to wear the same things over and over for a season, then move on to something else. If a piece doesn't show up in the rotation for a while...maybe time to move it on to a new home? Something to think about. Welcome back.
September 5, 2017 at 10:47 PM

Duchesse said…
Dulce: Those combination-of-pearls necklaces are among my dream pieces! And they are not often found; very few jewellers have access to that array.

Leslie: Oooh, perhaps you would send a photo when they are ready! Would love to see that. There are just so many gorgeous varieties, and they need not cost the earth- sales!

LauraH: Trust a gardener to see flowers :) Christine's idea is super useful to me.

An assessment like Mme Là-bas is doing is in order for most of us, every few years. When I moved, I donated unworn jewellery to a local church's annual sale. Realized I'd hung on to things because I didn't know what to do- two big shopping bags full!
September 6, 2017 at 7:43 AM

lagatta à montréal said…
Great to see you back. I'm still not a pearl person, but the keshis are tempting.

Jane, St-Jean-Baptiste is also known as a popular concert venue, for classical and church music of course, and also other genres. Another pretty park is Parc Lahaie, between St-Joseph and Laurier on St-Laurent. It used to be bedraggled and sad, but now the grounds have been restored and there is a large fountain and pool in front of baroque St-Enfant-Jésus church. Very popular for wedding pics, and for family-and-friends picnics, with many tables.

Cool, rainy summer here as la Duchesse has said, but I had a lot of work with all the events and festivals this year, so I hardly saw it go by, and hope to travel in the autumn or winter.

The wildfires and tinder-dry summer in the Pacific Northwest are very disturbing.
September 6, 2017 at 11:23 AM

royleen said…
Lovely to see your necklaces. Thanks for the Kojima recommendation earlier. I met Sarah this summer and she made my update a dream with an excellent coin pearl. Now I am wearing the tiny pearl my husband gave me so long ago, but it's attached to a beautiful coin, encased in gold. She also helped me update some other pieces, what a lovely woman!
September 6, 2017 at 8:52 PM

Duchesse said…
lagatta: I too like that park, and it's easy for visitors to.get to.

royleen: Wonderful story, and i am envious that you could go to the studio.

Jane said…
Parc Lahaie is just kitty-corner from my son's apartment. Perhaps you will hear him playing his oboe some sunny, late summer afternoon!

I am late to this pearl post. I didn't realize I liked pearls. Too sorority girl (think Sarah Huckabee Sanders) but, these casual, colorful pieces are beautiful.
September 7, 2017 at 5:50 PM

Duchesse said…
Jane: Those demure graduated 4-6mm strands have gone the way of the Boone's farm Apple Wine. Oops, tells you what kind of sorority girl I was!
September 7, 2017 at 6:30 PM 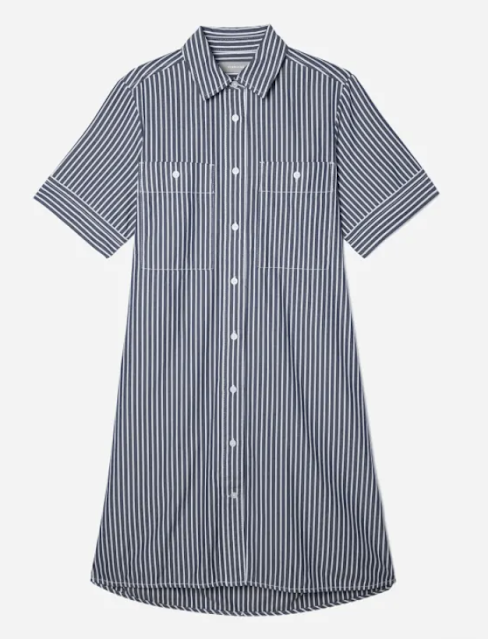 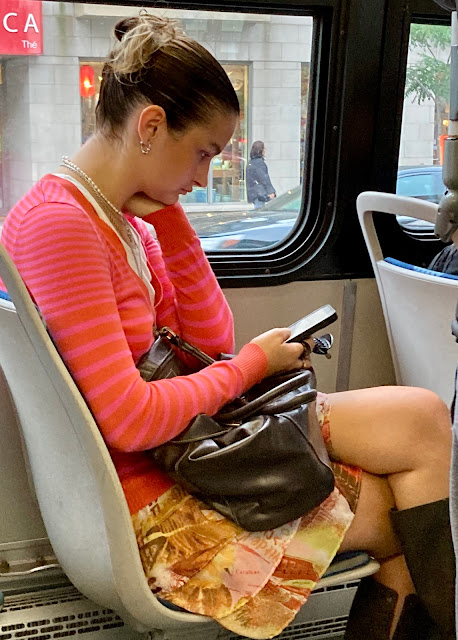 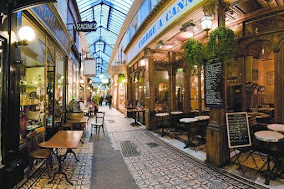