Age on the face: An appreciation

While I can't swear that the women pictured have not had cosmetic surgery, they do have evident wrinkles.

I'm showing them protest the trend to purge the expression off a mature face by immobilizing, re-configuring and erasing the signs of age. Skin care is wise, but a line on the face isn't an enemy. Lived-in faces, with their character and integrity, are more beautiful than the frozen, artificially unlined kind.

Diane von Furstenberg designer, age 64
"I know that a lot of people look at me and think, 'Why doesn't she do something to that face?' But I made a decision. I do yoga and I hike, but I won't do Botox. I know if I start doing things I will get insecure. You wear your own face. It is a little bit of your history, a little bit of who you are." 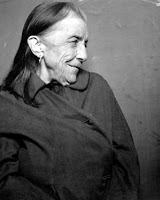 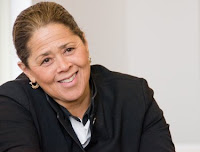 PD James, writer, on her 90th birthday
“You can try to hold back time, but you can’t do anything about your hands,” she says. “Compare them, my dear. An old hand and a young one. There’s nothing you can do about it.”

Some women fear age discrimination in the workplace, so de-wrinkle in defense. But I don't think a crow's foot is the culprit. If an employer is not going to regard your thirty-plus years of experience as an asset, do you really to spend your work life in his or her service?

Anita, 53, told me that "55 year old men want 35 year old women". A regular surgery and filler client, her face had become empty as jeweler's window on Sunday. "A little of my soul left in those syringes", she said. She phoned the other week to say, "Enough. Whoever he may be, he takes me as I am."

The other comment I hear from wrinklectomy fans is, "I'm taking care of myself". Huge industries depend on convincing us that "care" equates to spending yourself out of your creases. Maybe there's some sense in it at 40, when the clock can be nudged back about five minutes, but decades on, the "care" looks sad and desperate.

The attention might be better given to bone density, strength or balance. Though I have no prescriptive limits, my inclination is to revere, not erase, the evidence of life well-lived.

Susan said…
I totally agree with you Duchesse. I live in the lap of boxtox/surgery land and have seen some truly frightening faces of older women who have pushed the limit of "taking care" of themselves.
November 3, 2010 at 9:17 AM

Fuji said…
"Old" is practically unacceptable - the ultimate derogatory comment as in
"it makes you look old".
Sometimes I want to respond and say, "but I AM old".
What's wrong with being and looking old? Is it the clear sign of time slipping away that makes us shy away?
November 3, 2010 at 11:17 AM

Susan said…
I have a friend who maintains that women over 50 are often "invisible" in our society. Thus, the push to look younger and not invisible.
November 3, 2010 at 11:29 AM

A friend told me that executives at Al Copeland's restaurant empire have FREE or ALMOST FREE plastic surgery as part of their health plan. The wife of one of these acknowledged to my friend that she overdid it.

Northmoon said…
There's a theory out there that shutting down facial expressions by using botox has a detrimental effect on your emotional life.

I'm fairly lucky my face looks younger than my age, but I've let my hair go grey, and I know the feeling of being invisible. I can live with it now though, I'm not so insecure anymore!
November 3, 2010 at 12:06 PM

lagatta à montréal said…
The most frightening wrinklephobe in the news these days is not a woman. Recent photos of PM Silvio Berlusconi look like a figure from a wax museum, and he's still hitting on 17-year-old girls.

There is something spectral about DVF - overdieting? Dunno, but there is something about her face that is most worrisome. Nothing to do with wrinkles. Perhaps very gaunt people or the morbidly obese (thinking of Toronto mayor Rob Ford, who is only 41) are upsetting because those extremes signal ill health?

All the other women look very interesting - some seem more wrinkly than average for their age groups, but so what? Guess that is a function of a certain kind of very fine, fair skin that tends to be dry. I've always thought Louise Bourgeois a most interesting woman, also because of how she changed and aged but did not fall into a little-old-lady stereotype or become invisible even in great age.
November 3, 2010 at 1:59 PM

Duchesse said…
Susan: I get the reason but am not in agreement with it. Mature women are far more invisible in N. America than Europe.

Fuji: I have absolutely no problem being called old, any more than I did being called young. Just an imprecise descriptor, like tall.

Frugal: Yikes! Such pressure.
Northmoon: Not sure about emotional effects but there are some nasty physical side effects in some cases, such as headaches.

lagatta: I met her in the '80s, she has very good bones and skin and was thin, a figure she has maintained. Some women are naturally skinny.

I had a friend built like DVF who became incensed when people thought she was anorexic. She was a runner but ate like a horse!
November 3, 2010 at 2:25 PM

Suburbohemian said…
I tend to agree that women 50 plus are invisible in our American culture but I wonder if this varies by city/region. Any thoughts?
November 3, 2010 at 3:02 PM

Anonymous said…
Amen, Duchesse, and thank you for expressing this so well. I always find it sad when yet another one of those women-under-the-microscope (actresses, TV journalists) gives in to pressure and erases the very imperfections that made them uniquely beautiful in the first place.

As for being invisible: I think that invisibility can be powerful.
November 3, 2010 at 4:52 PM

Duchesse said…
Suburbohemian: I have lots of thoughts, LOL! "Invisible" is code for "I no longer get looked at like I did when I was younger." But I have yet to have a person walk into me b/c he or she did not see me. We do not draw the admiring gaze, the flirtatious glance, as we once did. Don't know if it's regional, but perhaps related to population density. With millions of people to look at in my city, you naturally pick who you'll spend seconds on.

Anonymous: Invisibility does have its uses; I have never enjoyed drawing stares myself. A glance, at times, but not ogling.
November 3, 2010 at 5:55 PM

Fuji said…
"Invisible" is code for "I no longer get looked at like I did when I was younger."
Spot on. It is easy enough to still be noticed, whether or not you are noticed for your sexual viability is another story. I, for one, am more than happy to relinquish those days of being leered at (okay, some call it admired). What a pleasure to walk by a construction site with nary a hoot nor holler!
November 4, 2010 at 5:12 AM

materfamilias said…
Completely with you on this, Duchesse -- and I'd add that the environmental costs concern me as well, although I'm sure they're minimal to what else is out there -- but where do these toxins end up, what about all the anesthetics used, etc., etc.,
Especially as a mother of daughters, I feel strongly that we need to model acceptance of looking "older" and then, finally, "old." So much more to say about this (I've been working with my 1st-year classes to challenge standard representations of the generational divide, so I'm pretty charged about this), but better catch that ferry! Your conversations always have me wishing I could linger. . .
November 4, 2010 at 11:01 AM

Susan said…
Just had to share some excerpts from an article I just read:

"Even though flawless skin is widely thought of as the epitome of beauty and youth, seeing a woman over the age of 40 with no pores, no sports and no lines is quite jarring, much like watching a wax figure come to life. Instead of looking polished and fresh, the overall effect is somewhere between well-preserved and embalmed.

Duchesse said…
Susan: remarkable b/c here, few dermatologists (or other specialists) would refuse the request by a 40+ woman for fillers or other procedures.
November 5, 2010 at 9:25 AM

Susan said…
It's a money driven industry---just like everything else. People (including many physicians) seem to have lost touch with what is real and important.
November 5, 2010 at 9:41 AM

lagatta à montréal said…
I still think old Silvio takes the prize: http://www.tcclinic.com/blog/cosmetic-surgery-and-society/789.html Oddly, this wax-museum photo of Berlusconi and his immortal advice are on a Toronto cosmetic surgery site!
November 5, 2010 at 9:57 AM